The finals of each competition were played on Monday 10 August 2020. Roger Wyand played Paul Digby in the Singles final and Roger won in a very close final. Phillip Jacobs played Adrian Smith in the “Best of the Rest” final with Phillip coming out on top. Well done to all four finalists !! Trophies were presented by Richard Flaxman. 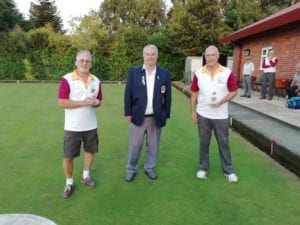 Best of the Rest finalists 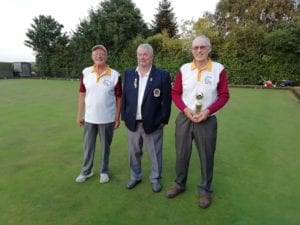 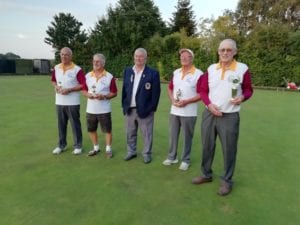 All finalists with Richard Flaxman.